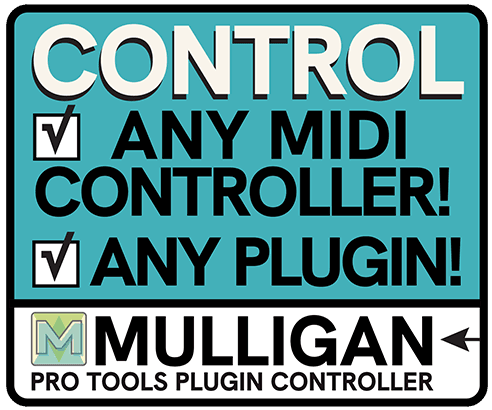 Our new Dial In Your Sound with Mulligan series shows the power and fun of Mulligan in a variety of mixing and sound design applications.

It could never be accused of sounding natural!

Bucketverb imagines an alternate history in which a rare bucket brigade delay (BBD) chip evolved into a sophisticated hardware unit perfect for ambience, lo-fi detuned decay, vocal presence, and more. Unlike standard, single-output BBD delays, analog reverbs used a special multi-tap BBD chip to create multiple simultaneous delay times. Sadly, this effect only showed up in a handful of products, before being swept out of popularity by the rise of digital reverbs.

Back in the hardware-only days, analog BBD reverbs were considered inferior to then-cutting edge digital reverbs. As Brian Eno once said, sounds that are “weird, ugly, uncomfortable” have a habit of being “cherished and emulated as soon as they can be avoided,” and so it goes with the distinct character of BBD reverb! With Bucketverb, you get the sonic signature and unique timing effects of an analog bucket brigade chip. What’s more, you get features like switchable stereo modes, including a dual-BBD Ensemble mode, which would have been prohibitively complex to achieve in hardware.

If you’re looking for unique ambience effects, give Bucketverb a try! It aggressively rolls off higher frequencies, and then feeds the signal into our custom BBD modeling. The result is dark and rich. And because of the way Bucketverb pans its six delay taps across the stereo field, it can take any mono source and give it massive left-right spread.

Give vocals a lo-fi halo that won’t swamp their presence in a mix. Mono synths and organs can easily be pushed wide into the stereo field. And drums and percussion get an extra spring in their step from the bouncy zing of rippling, cascading delays (try it on handclaps!).

How does it work?

Bucketverb uses a model of the long out-of-production Panasonic MN3011 BBD chip. With six output taps, specially spaced at enharmonic intervals, this chip was intended to mimic the random path lengths of sound bouncing around a room. In the Bucketverb, the resulting array of delayed signals is combined and recirculated to create an ambience effect with variable stereo width – without washy diffusion artifacts.

Input signals are lowpass filtered around 4 kHz, in order to minimize aliasing. (We designed our delay circuit to allow the BBD chip to sample at rates as low as 10 kHz, which means that any frequencies above 5 kHz would create audible aliasing artifacts.) This filtering, along with the BBD's harmonic distortion and multi-tap delay spacing, combine to create the core of Bucketverb's distinctive sound.

Bucketverb also features several enhancements which were never available on hardware units made with the MN3011 BBD chip. An LFO – offering triangle or random waveforms – allows for modulation of the delay time, and is perfect for getting subtle decayed sounds (dub guitars, synthwave/vaporwave synths) or wild, analog glitch-style effects.

Multiple stereo output modes are available: in Panimation mode, the six outputs of Bucketverb sweep through the stereo spectrum, while Ensemble mode provides a rich, chorus-inspired reverb by modeling a pair of MN3011 chips. In each mode, the magnitude of stereo spread is controlled by a variable Width slider. Long and short decay options round things out to set the length of the reverb tail.

32-bit versions are not available.