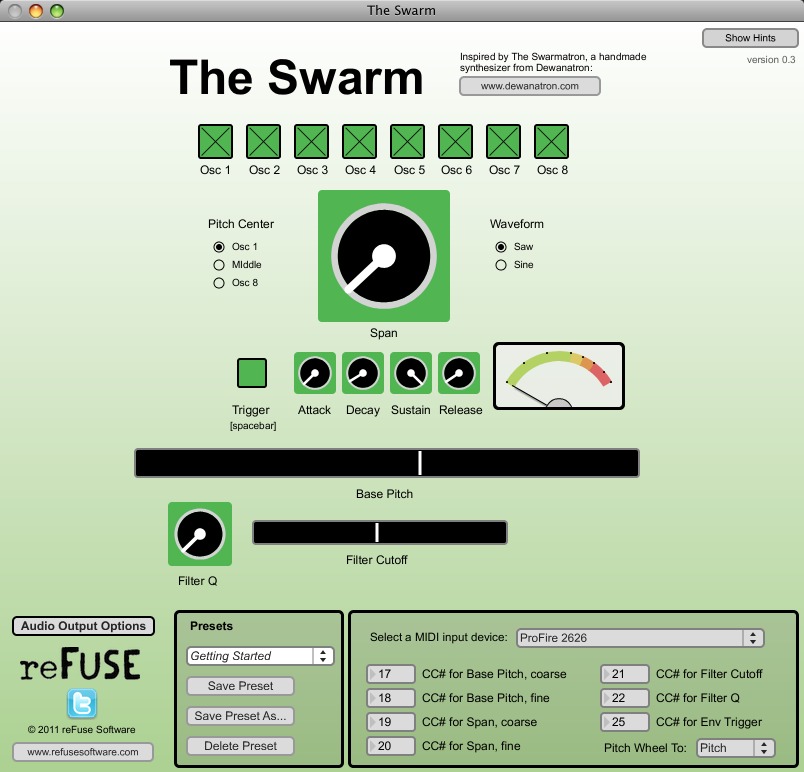 Slowly turning up the Span knob, with Pitch Center on Middle setting.

A drone synth inspired by The Swarmatron, a handmade synthesizer from Dewanatron.

The Swarm is based around a bank of eight oscillators that start out tuned in unison. Using the Span knob, you can continuously stretch out that cluster of notes from unison to, at the widest setting, evenly spaced harmonic multiples. Along the way, all kinds of dissonant tones and beat frequencies are created.

We have released The Swarm as a standalone application only. It is not available as a plug-in at this time, but the audio output of the The Swarm may be sent to ReWire-compatible host applications.

For some videos of The Swarm in action, please see our YouTube playlist of Swarm user videos.

The Swarm is a 32-bit application, and can only make Rewire connections with 32-bit hosts. There are no plans to reissue The Swarm v0.3.1 as a 64-bit application (but any future versions of The Swarm will be 64-bit).