Our free RTA plugin is back!

In the early days of reFuse Software, we released a free Realtime Analyzer (RTA) plugin for Cycling 74’s Pluggo system. When Pluggo died, we never got around to doing a native plug-in version of the RTA plugin… until now!

Meet the Cheap RTA plugin! It’s “cheap” as in free to download, AND it’s computationally cheap so it won’t stress your CPU.

It provides 30 bands of frequency analysis, with the traditional 1/3-octave spacing as seen on classic hardware RTA units. Level display is done at 4dB per LED segment, with a medium peak decay time.

There are no parameters to adjust, but it does allow the display window to resize over a wide range of dimensions and aspect ratios – see the image for some examples. 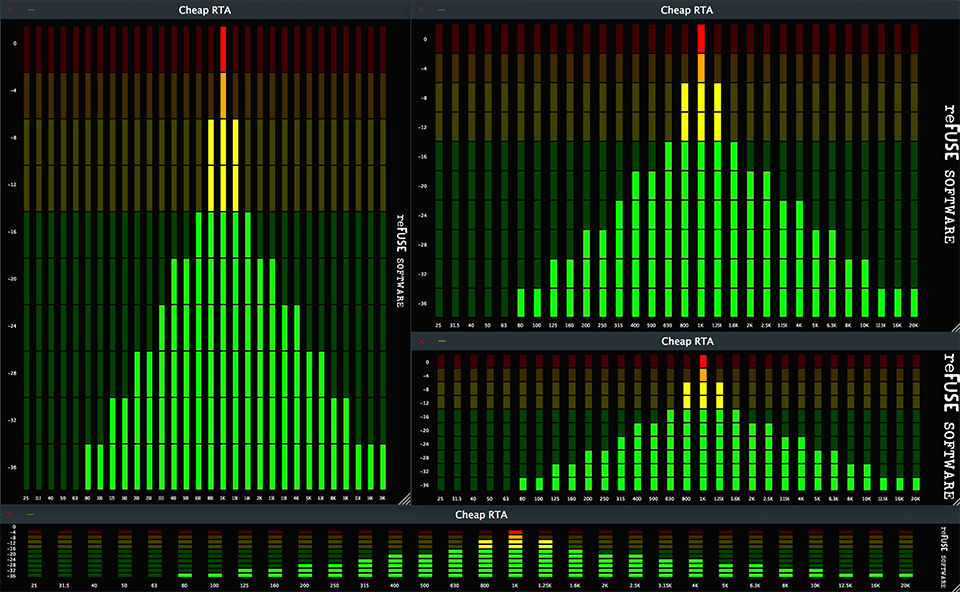